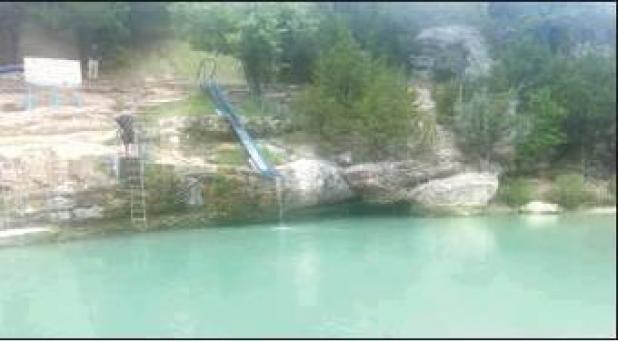 Above is the Blue Hole at Turner Falls where one of the two victims died in drownings over the holiday weekend.

Gregory told reporters that on Wednesday, July 3, a 27-year-old woman from India, drown near the falls area. The woman was a foreign national and in the country on a VISA with a sponsor.

According to Gregory, she was at the falls with three other companions and was standing on a ledge with arms linked with the others when one of them slipped and they all fell into the water. Bystanders, who witnessed the fall, helped get three of the women to safety, but could not save the fourth, said Gregory.

The Chickasaw Nation Lighthorse Police dive team was called in and recovered the body. The name of the victim has not been released pending notification through the U.S. Consulate.

Gregory said the woman could not swim and was in an area where swimming was not allowed.

On Friday, at approximately 11:28 a.m., officials received a call of a man who was sitting in the water who had slipped off into deep water at the Blue Hole and had not resurfaced.