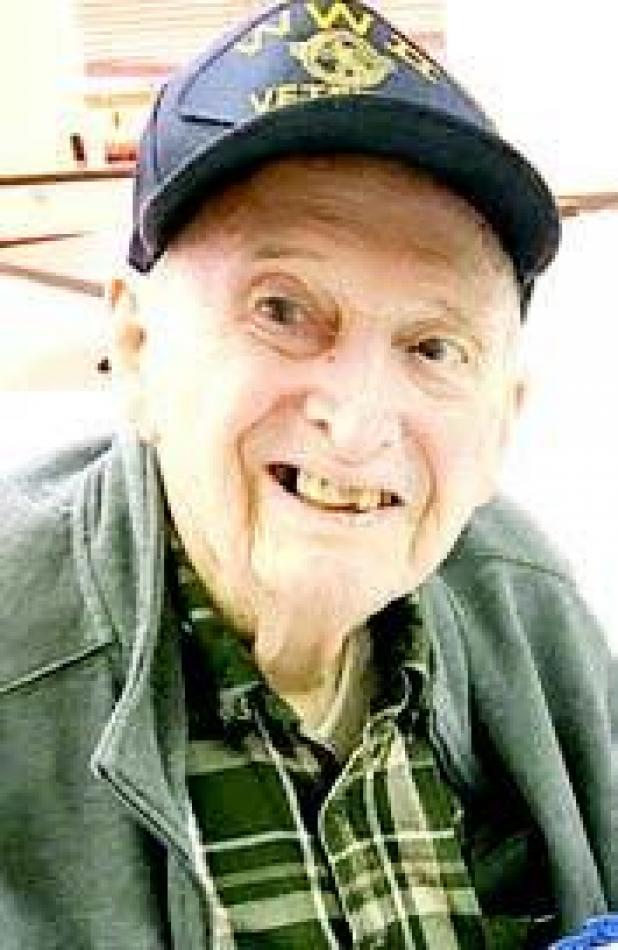 Graveside services for Alfred Vernon Wilkins, 96, Shawnee, will be held 1:00 p.m. on Friday, October 28, at Oaklawn Cemetery in Sulphur with Rev. Mark Wright officiating. Walker Funeral Service of Shawnee will be in charge of arrangements. Born September 25, 1920 in Iona in Murray County, Okla., to Vernon and Elsie Wilkins, he died Monday, Oct. 24 in Meeker. He married Dessie Lorene Worstell on February 5, 1939, the love of his life. The couple was married 67 years before her passing in June 2006. In 1944, he served in the Merchant Marines and later worked as a pipe fitter and a motel owner. He loved gospel singing and his family. He was a member of Immanuel Baptist Church in Shawnee. Mr. Wilkins was preceded in death by his wife, Lorene; two infant daughters; his parents; six brothers and sisters; two sons-in-law; one sister-in-law and one great grandson. He is survived by three daughters, LindaFarrand, Charlotte Kelly and Anneta Hunt; six grandchildren, Carri Farrand, Clinton and Dresden Farrand, Holly and Lewis Hardee, Kristi and Jeff Carson, Lisa and David Littrell and Steve and Cindy Hunt; great-grandchildren, Owen, Emory and Ellett Farrand, Taylor Moore, Brittni Criess, Dylan Criess, Spencer Hunt, and Baylee Hunt Cottrell; five great-great grandchildren; two brothers; one sister and brother-in-law, Jane and Doyle Worstell and a special friend, Nellie Combs. To sign the book or share memories on line, visit www.walkerfuneral.com. The family will be at the funeral home Wednesday evening from 6-8 p.m. to visit with friends and family. Memorials may be made in Alfred’s name to the Immanuel Baptist Church Building Fund, Shawnee, Okla.