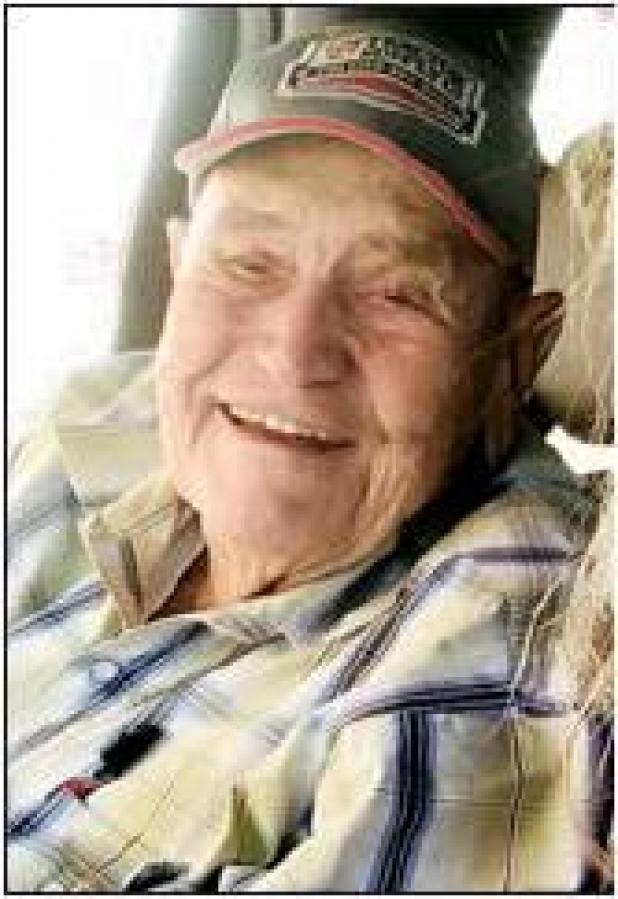 Funeral services to honor and celebrate the life of Bob Goodson will be held at 10:00 a.m. Friday, Sept. 13, 2019 at the Fillmore Nazarene Church. Interment will follow at Oaklawn Cemetery in Sulphur. Family hour will be held at DeArman-Clark Funeral Home in Tishomingo on Thursday from 7:00 – 8:30 p.m.

Bob Goodson left his home here on earth to live with his Lord and Savior Sunday, Sept. 8, 2019. He was 89 years old and truly a great husband, dad, step dad and if they were step grand children and step great grandchildren, they, nor he ever realized it, he was always grandpa and cowpa to the younger ones. He was born in Mill Creek on January 13, 1930. He attended school there and after graduation, he went into the Air Force. He was raised on a dairy north of Mill Creek; milking and hauling milk to the Kraft Plant in Sulphur when he was 14. The other milk hauler would let him cut in front of them so he could get to school on time.

Bob married Charlene Harvey in December of 1983 and gained lots of children, grandchildren and great grandchildren; plus, an additional grandson through their years together. Bob had been a Ranch Real Estate Broker for 45 years and enjoyed showing ranches and meeting new people. He didn’t operate with a listing agreement; he said a hand shake was all he needed and he would go to work to sell the place. He was very successful. His hobbies were running his dozer and clearing land to make it productive. He always said if it could grow trees it could grow grass. He loved riding around, especially with great grand children on his RTV. Bob had lots of cousins that live in Texas; some his folks helped raise. He always said he had the best parents anyone could ever have; from them he learned to love everyone and he loved deeply. Bob loved his Lord, his church and church family and was on the board of trustees of Fillmore Nazarene Church. Bob was bigger than life.

Arrangements were made under the direction of DeArman-Clark Funeral Home in Tishomingo, OK. Family and friends can leave online condolences at www.dearmanfuneralhome.com