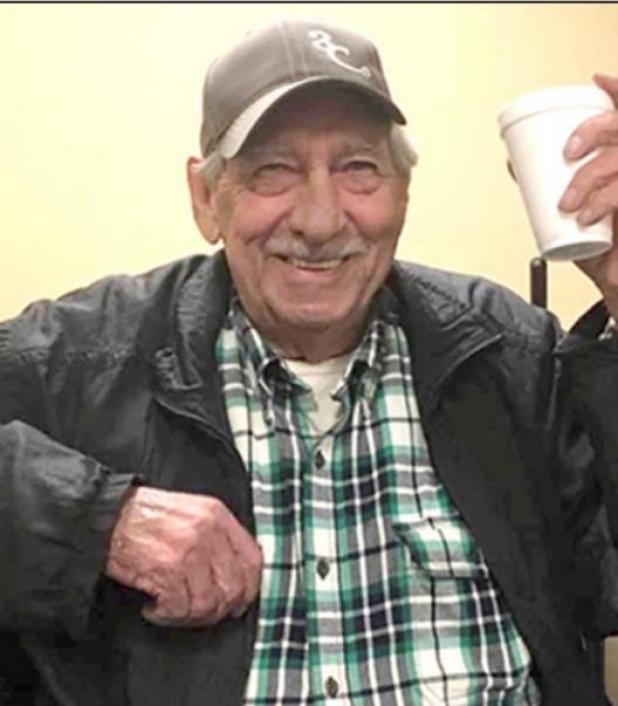 Funeral services for Carl Warren Hood will be held 11:00 AM, Wednesday, Jan. 13, 2021 at the Crossway First Baptist Church in Sulphur, with Pastor Bill Leveridge officiating. Interment will follow at the Oaklawn Cemetery in Sulphur.

Carl was a lifelong resident of Sulphur, graduating from Sulphur High School, class of 1957. Carl spent 20 years working for OTASCO in Sulphur, prior to working on the Roos Ranch. The last 20+ years of his life, Carl worked for the Runyan family at the 3C Cattle Feeder Company in Mill Creek. According to Carl, he “ran the place.” He was very active throughout the company, assisting in both manufacturing and sales. Carl often reminded everyone, that he was there when “the first feeder was built under that shade tree in front of the old shop.”

Carl was quite the talker. He never met a stranger and enjoyed telling old stories, no matter how many times you had heard them. In younger years, he enjoyed riding horses and roping. In his spare time, he enjoyed eating at the Boomerang Diner and having coffee at Poor Girls Café in Sulphur; as well as an occasional trip to the local casino, of course just to visit with his friends.

Survivors include three grandchildren, Tiffany Sands, of Sulphur, Patience Dudley and husband, Josh, of Davis and Charles “Buster” Wright, of Sulphur; six great-grandchildren, Blakelee and Tenlee Sands, Hadie and Rhett Dudley and Shaylee and Cash Wright; son-in-law, Charlie Wright; dear friend, Jackie Henry; as well as numerous nieces and nephews; and a host of close friends, whom he considered to be family.

In addition to his parents, Carl was preceded in death by his daughter, Sherri (Hood) Wright, on July 2, 2019; and his five siblings, Henry Hood, Rosie McKinley, Mary Davis, Betty Mann and Bo Hood.

Services are entrusted to Hale’s Funeral Home of Sulphur.