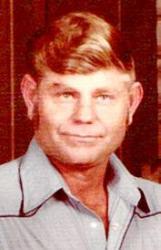 Clarence “Leroy” Doss, Sr., of Wynnewood, was born on February 14, 1943 in Healdton, to Mabell (Doyle) Doss and William Doss. He passed away on March 5, 2018 at the age of 75 years and 19 days. He was raised in the Carter County area. He had worked for Stromberg Carlson and then for himself raising cattle and harvesting pecans. He spent most of his adult life in Davis. He loved the outdoors, fishing, hunting and noodling. He had bred and trained coon dogs and also raised honey bees. On May 9, 2016 he survived the tornado, while inside the house, and it completely destroyed his home. He was preceded in death by his parents; son, Timmy Doss; daughter, Tina Doss Reilly, and a brother, Billy Joe Doss. He is survived by his wife, Wava Scott Doss, of their home; son and daughter-in-law, Lee and Heidi Doss, of Ringling; sister and brother-in-law, Dean and Jerry Vaughn, of Sherman, Texas; brother, Junior Doss, of Comanche; seven grandchildren, and seven great grandchildren. Arrangements are under the direction of DeArman Funeral Home. No services are scheduled at this time