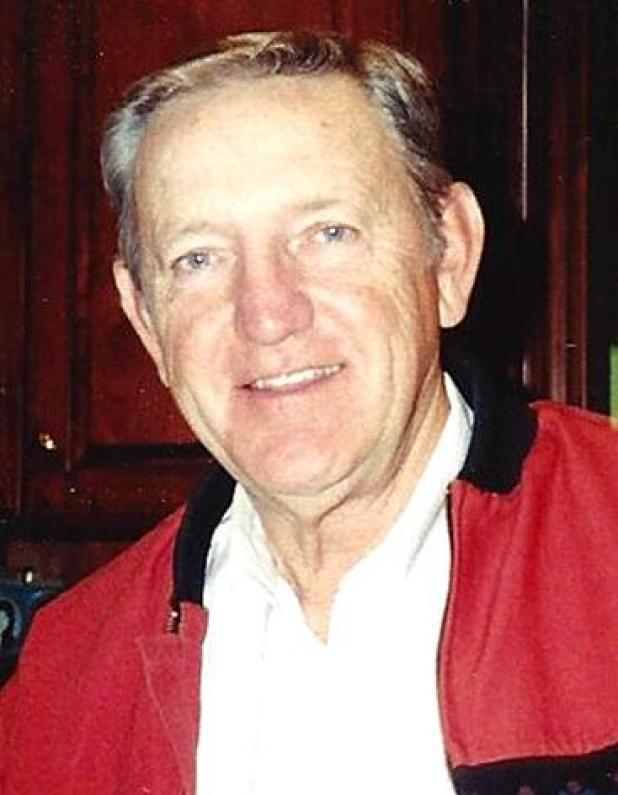 Funeral services for Gerald Dwain Goodson will be held 11:00 a.m., Wednesday, Sept. 26, 2018 at the Hale’s Memorial Chapel in Davis with Roger Cosby officiating. Interment will follow at the Green Hill Cemetery in Davis. Gerald was born December 26, 1938 in Davis to the late Obra and Ann (Trout) Goodson. He died Monday, Sept. 24, 2018 in Davis, at the age of 79 years, 9 months and 28 days. Gerald and the former Ms Martina “Tina” Baugh Brown were married on April 25, 1975 in Oklahoma City. Gerald was truly a gentle giant. It was said that he was “gentle, but could still have an Archie Bunker attitude.” He spent many years in education. Several years of his time was spent teaching and being principal at the Davis Elementary School. Prior to retiring, Gerald taught the last four years of his teaching career at Sulphur Schools. He had a gift when it came to education and was so much more than an educator. Gerald was a friend to each of his students and made sure they each knew he loved and cared for them. Although Gerald demanded respect from students and was a very strict disciplinarian, he did so in a way that a student learned their lesson, yet still felt compassion and care from him. His techniques as an educator were truly “old school;” however, his technique seemed to work. Just Mr. Goodson’s stature alone was enough to make students walk the line. To this very day, past students still share their memories of Mr. Goodson and how he resolved disputes between students by putting on boxing gloves and having them settle their issues, the paddlings that they received from him or having to hold a checker against the chalk board using only the tip of their nose. Throughout his teaching career, Gerald was much more than a teacher or principal. He spent countless hours coaching both boys and girls little league sports. He and Tina always made sure that each of the kids had a way to and from games, which often meant they would pick the kids up and return the kids back to their homes after the games. Gerald was also known for taking groups of kids on fishing trips just so the kids had something to do. Of course each of those trips created life long memories that Gerald and those kids still discuss. In addition to his career in education, Gerald owned and operated a farm, north of Davis, where he raised cattle and various hays. He was a very trustworthy man. If he said it, you could believe it. He was a faithful Member of the Church of Christ. Gerald Goodson will be greatly missed by all who knew him. Survivors incldue his loving wife, Tina; two daughters, Misty Brown of Davis and Marty Brown of Oklahoma City; one brother, Bob Goodson of Wapanucka; one sister, Ruth Shaw of Merritt Island, FL; one cousin, Ted Trout, who was raised as his brother; two grandsons, Chance Cottrell and Baylee of Davis and Chace Cottrell and wife, Ann of Plano, TX; as well as two great grandsons, Jackson Cottrell and Rex Howell-Cottrell.. In addition to his parents, Gerald was preceded in death by one nephew, Wayne Goodson. Serving as pallbearers will be Bruce Reynolds, Kevin Martin, Tim Nichols, Logan Nichols, Corey Erwin and Sylvester Haywood. Honorary bearers will be Bob Alexander, David Tobey, Clint Grinstead, Roy Webb, Danny Bumgarner and Jim Noland. On line condolences may be offered at halesfuneralhomes.com. Services are entrusted to Hale’s Funeral Home, Davis.