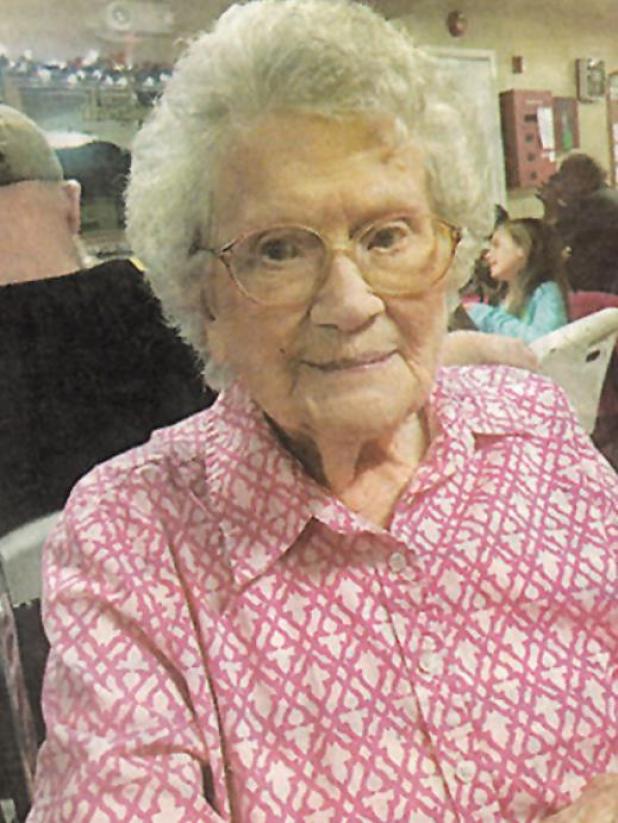 She grew up in the Sunshine Community in Davis, before moving to Shamrock, Texas. She later moved to Stratford, where she lived until moving back to Davis after the death of her husband. She was a member of Mt. Zion Church in Davis. Jewel was married to Leonard “Skinny” Aaron on August 25, 1941 in Davis. He preceded her in death in 1991.

She was preceded in death by her parents; sisters, Ella Mae, Bertha, Mildred, and Norma; brothers, Calvin, Dale, D.V., Galen, James and Kenneth. Surviving are her special son and grandson, Jason Hill and Jacob

Surviving are her special son and grandson, Jason Hill and Jacob Hill, of Davis; brother, Bill Brashears, of Lawton and cousin, Ruth Pope, of Davis.