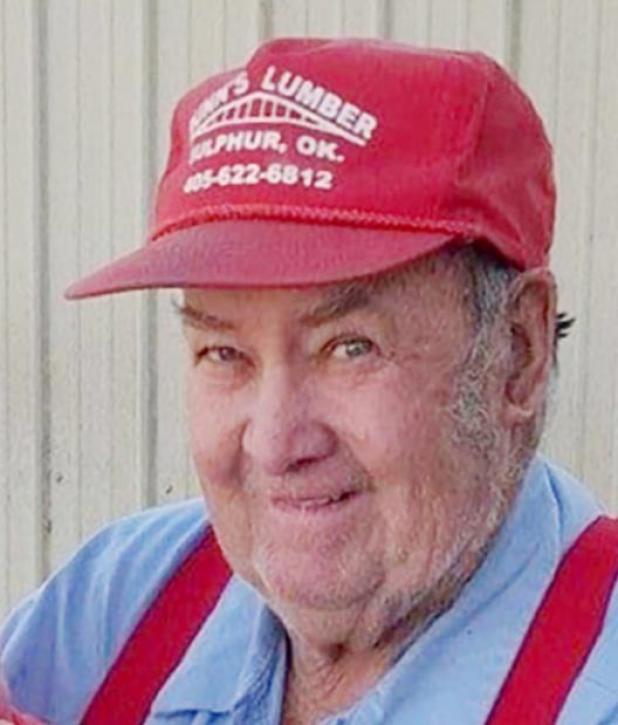 He and the former Ms. Connie L. Hunt were married on July 6, 1963 in Davis. From this marriage were born two children, Angie and Tony.

Shortly after his birth, the family moved from Dougherty to the Stratford area, where Wayne was raised. Following his 1963 graduation from Stratford High School, he and Connie married. It was then that he began working for Connie’s father, JT Hunt, operating a backhoe for some 15 years. Following the retirement of Mr. Hunt, Wayne went to work for the Stillwater Milling Co in Davis, where he spent several years working as a mechanic. In 1996, do to health reason, Wayne was forced to retire.

Wayne was always working/tinkering with some type of small engine. For many years he enjoyed working on lawnmowers. In his spare time, he also enjoyed fishing, spending time with his grandsons and making his daily round through town visiting with friends and catching up on the latest local “news”. Wayne was also a retired member of the Davis Fire Department, where he devoted 20 years of his time. The final two years of his time with the fire department, he served as fire chief.

In addition to his parents, Wayne was preceded in death by three brothers, Ralph, Bill and an infant brother; and three sisters, Jewel Gregory, Alice Thorp and Helen McGee.

Serving as pallbearers were Arlin Bittle, Junior Coppenbarger, Paul Ozbirn, Dick Jones, Jeremy Bumgarner and Virgil Edwards. Honorary bearers will be the members of the Davis Fire Department, both active and retired.

Services are “entrusted to” Hale’s Funeral Home of Davis. Online condolences can be offered at halesfuneralhomes.com