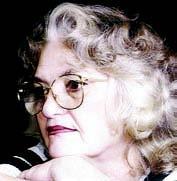 Mass of Christian Burial for Linda Sue Abney Faulkner will be 1:00 p.m. Wednesday, November 8, 2016 at St. Francis Xavier Catholic Church with Reverend Joseph Irwin officiating. Burial will be follow in Calvary Cemetery. Services are under the direction of Henninger-Hinson Funeral Home of Enid. Recitation of the Rosary will be 6:00pm Tuesday, November 8, 2016 in the Henninger-Hinson Funeral Home Chapel.

Linda Sue Abney Faulkner arrived in this world on August 14, 1947 in Queens, New York. On November 4, 2016 she went to join her Father in Heaven.

February 16, 1964, Linda Sue met Richard Faulkner. Linda Sue and Richard vowed their hearts to one another on November 29, 1964. They began their lifetime of love in Staten Island, New York and went on to live in Albuquerque, New Mexico; Billings, Montana; Chickasha, Oklahoma; Stratford, Oklahoma, and Enid, Oklahoma. She and Richard were abundantly blessed with six children (and a couple of extras), twenty-two grandchildren, and ten great-grandchildren.

A devout Catholic, Linda Sue was a woman of unwavering faith and convictions. She joyfully shared her love for Jesus with everyone she came in contact with. She was strong, opinionated, intelligent, witty and courageous. She had a vivid and inspiring imagination, and encouraged her loved ones to find and use their God-given gifts. Linda Sue didn’t know a stranger. She embraced people of all walks of life and made them feel like part of her family. She was kind and generous with her love for God’s people. She will be deeply missed by her husband and the family they were blessed to share, as well as the countless lives who were honored to know and love her.

Memorial donations in Linda Sue’s name may be given to St. Jude Children’s Hospital with Henninger-Hinson Funeral Home acting as custodian of the fund.

Condolences can be made to the family online at www.enidwecare.com