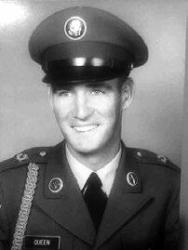 Raymond E. Queen Jr. was born July 26, 1941 in Independence, Mo., to Earl and Ruth Queen. He died February 27, 2018 in Sulphur at the age of 76. He was preceded in death by his parents; siblings, Paul, Gloria, Teresa, Ginger, and Ruthy and his son, Leon. He is survived by his wife of 54 years, Ramona; one son, Raymond III and his wife, Charis; two daughters, Renee and husband, Brandon and Amanda and husband, Law Jeremy; 11 grandchildren, Ariel, Charlie, Montana, Megan, Levi, Colton, Deacon, Raymond IV, Zell, Landon and Tristan and by many, many nieces and nephews. The second oldest of 18 siblings, Raymond’s surviving siblings are Janet, David, Linda, Ivan, Jess, Jim, Cathy, Mary, Barbara, Anita, Judy, and Brian. Raymond grew up mainly in Wichita, Kan. He joined the army in February, 1960 where served in the motor pool in Germany, Vietnam, and the Unite States. He retired with 22 years served. He then was employed as a over the road truck driver for another 20 years until final retirement. Afterwards, spent his retirement at home with family and his grand children with whom he was very fond. A memorial service date is pending. Arrangements under the direction of DeArman Funeral Home.