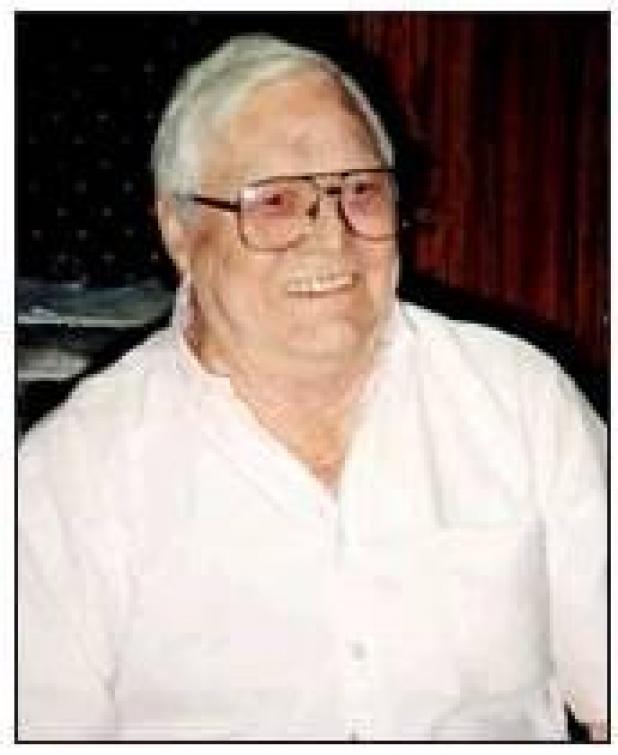 Memorial services for Robert Leon “Woody” Wood, 95, Sulphur, will be held at 10:00 a.m., Thursday, Oct. 24, 2019 at Crossway Baptist Church officiated by Rev. Eddie Dye and Rev. Bill Leveridge Attangements are under the direction of DeArman Funeral Home of Sulphur.

He was the last of 10 children. Leon grew up in the Hazel area before his family came to Sulphur in 1938. While in Sulphur, Leon worked for OG&E, as a pipefitter and steamfitter for power plants in this area and also owned night clubs in the Sulphur area.

Leon and Bernice Kirby were married on January 21, 1948 in Gainesville, Texas. She preceded him in death on August 7, 2002. Leon served in the U.S. Army during WWII and Korea. He was currently living in the Sulphur Veterans Center. He was a member of the Central Baptist Church and a 32degree Mason

In addition to his wife, he preceded in death by his parents and nine siblings.

He is survived by his two daughters and sons-in-law, Brenda and John McCaskill, of Moore, Jo and Gary Freeman, of Sulphur; four grandchildren, Lory, Andy, Christy and Lance, and 14 great-grandchildren.

Online condolences may be sent to www.dearmanfuneralhome.om