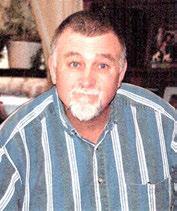 Services for Robert Michael Hatmaker were held 1:00 p.m., Monday, Sept. 10, at Sulphur United Methodist Church officiated by Rev. Jim Shepherd assisted by Rev. Harold Hunt. Burial was at Hennepin Cemetery under the direction of DeArman Funeral Home. A military service was held by the U.S. Marine Corps Honors’ Team. Born August 12, 1948 in Alameda, Calif., to Clayton and Mary (Woolridge)Hatmaker, he passed away Wednesday Sept. 5, in Ardmore at the age of 70 years and 23 days. He was married to Kathleen (Tuley) Hatmaker. Mike grew up in San Leandro, Calif., where he attended school and graduated from San Leandro High School. Mike enlisted in the U.S. Marine Corps in 1967 and served two tours in Viet Nam until 1970, where he made sergeant. He attended Ohlone College and Golden State University, earning a Business and Management Degree. Mike loved the Lord and felt blessed to have his family and friends. He loved hunting, fly fishing, flying and a good debate. He came to Sulphur in 1990. Mike owned and operated a long haul trucking service. He was a member of Sulphur United Methodist Church. He was preceded in death by his parents and a granddaughter, Isabel Marie Samson. He is survived by his wife, Kathleen Hatmaker, of Sulphur; sons and daughters-in-law, Tyler Samson and Jennifer and Riley Samson and Jennifer; a sister, Louise Tuley and eight grandchildren, Sean Samson, Nic Samson, Ronnie Dohmann, Cecilia Dohmann, Mia Samson, Leroy Samson, Reno Samson and Nova Samson. Online condolences may be sent to www.dearmanfuneralhome.com