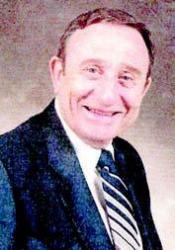 On January 7th 2017, Roy Lee Miller passed away peacefully in his sleep, at the age of 89½. He was born in Drake, Oklahoma on August 8, 1927, the only son of Archie D’Lewis “Doc” Miller and Ethel Peak Miller. Soon the family relocated to Buckhorn, where he spent his boyhood riding horses, hunting and fishing. At age ten, Roy and his family moved to Sulphur, where he finished high school and played on the football team. The attack by Japan on Pearl Harbor, December 7, 1941 was a turning point in his young life. His life-long patriotism and love of country was sparked by that event. At age 17, he joined the U.S. Navy and was stationed in Tsingtao, China. In 1946 he was honorably discharged from active duty. He continued to serve in the Naval Reserve until August 15, 1951. Two qualities defined his life: His faith in Christ and his love of country. These two qualities made him the man he was. In Sulphur he served as a deacon at Calvary Baptist Church and sang in the choir. On August 28, 1946, he married the love of his life, Carrie Jane Peak. In 1949 they had their only son, Rocky S. Miller. Roy worked most of his life for the Dolese Brothers Company, spending many years at Big Canyon, Oklahoma and eventually transferring to the home office in Oklahoma City. Roy and Carrie Jane spent 63 happy years as husband and wife. After Carrie Jane’s death in 2010, he continued living in Oklahoma City but due to a decline in his health, he was persuaded to move to Plano, Texas in 2013 to be near his son. Nevertheless, the entire Miller Clan, though living in Texas, will always be life-long O.U. Sooner fans, and he would be upset if this was not mentioned in his obituary. Roy was preceded in death by both parents and by his wife, Carrie Jane Peak Miller. He is survived by Rocky S. Miller and wife, Linda of Plano, Texas; two grandchildren, Jason Michael Miller and his wife, Nicole of Dallas, Texas and Rachel Miller Hassenteufel and her husband, Manny of Frisco, Texas. Roy had four great-grandchildren whom he loved dearly, Abigail, Alyssa, Grayson and Liam. A memorial service will be held at 2:00 p.m. on Friday, January 20 at the DeArman Funeral Home, 1129 West First Street, Sulphur, OK with Rev. Drue Freeman officiating. A military honors service will be conducted by the U.S. Navy Honors Team. ZONES: CENTRAL for week of JANUARY 15, 2017 2x2 ads may run anywhere in your newspaper. download the line ads for this week at www.okpress.com/ocan - CHOOSE THE AD SIZE HOME/BUSINESS DAMAGED BY A RECENT EARTHQUAKE? In April 2015, the OGS determined that the majority of recent earthquakes in central and north-central Oklahoma are very likely triggered by the injection of produced water in disposal wells. For Free Case Evaluation, Call 1-800-222-9017 Atkins & Markoff 9211 Lake Hefner Pkwy, Oklahoma City, Ok, 73120 Pulaski Law Firm 2925 Richmond Ave. #1725, Houston, TX 77098 YOU MAY BE ELIGIBLE FOR COMPENSATION! Finding Senior Housing can be complex, but it doesn’t have to be. (800) 257-4142