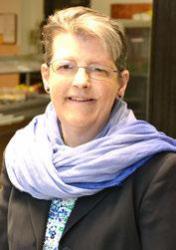 Susan Hull Galloway, 68, passed away on Tuesday, August 22, 2017 at OU Medical Center in Oklahoma City. She was born August 18, 1949 the first daughter of Edward Lawrence Galloway and Clerc Heaton Galloway. She was raised in Glencoe, Illinois and attended Chatham College in Pittsburgh, PA and UNC Chapel Hill NC where she graduated with her master’s degree in Library Science. She worked at several state libraries throughout her career and for the past 25 years was the Librarian at the Oklahoma School for the Deaf in Sulphur OK. She had a connection to the Deaf Community as her great-great-great grandfather was Laurent Clerc who brought sign language to America from Paris, France and co-founded the first deaf school known as the American School for the Deaf in Hartford, CT in 1817. Sue retired in 2016 and the library at OSD was renamed the Galloway Clerc Library in her honor. She traveled to La Balmes les Grottes in France in 2015 to celebrate the Association of Laurent Clerc’s 30th anniversary and the 230th birthday of Clerc where she shared her story with the deaf community in France. Sue was preceded in death by her parents. She is survived by her brother Edward H. Galloway and wife Debbie of Catonsville, MD; sister Katherine G. Harms and husband John of Springfield, MO; nephews Nick Galloway and wife Debby; Brian Galloway and wife Molly; and Erik Harms; niece Angela Clerc Galloway; as well as great niece Samantha Hewitt and Ella Clerc Galloway and great nephew Heaton Galloway. Susan is also survived by many cousins and one aunt. Sue was active in the Sulphur Book Club, OHCE Sharecroppers, Scrapbooking Club, Craft Club and a member of Sulphur First Christian Church. Whenever she had a spare moment Sue could be found with a book in her hands reading, quilting or crocheting. Sue will be greatly missed by her many friends and co-workers. A memorial service will be held Saturday, November 4 at 3:30 p.m. at First Christian Church,403 W. Muskogee in Sulphur and burial will take place in Barrington, IL on November 24. In lieu of flowers the family requests donations to the Oklahoma School for the Deaf Foundation for Excellence in Education in Sue’s name, specifically for the Galloway Clerc Library. Please send to OSD, 1100 E. Oklahoma, Sulphur, OK 73086.