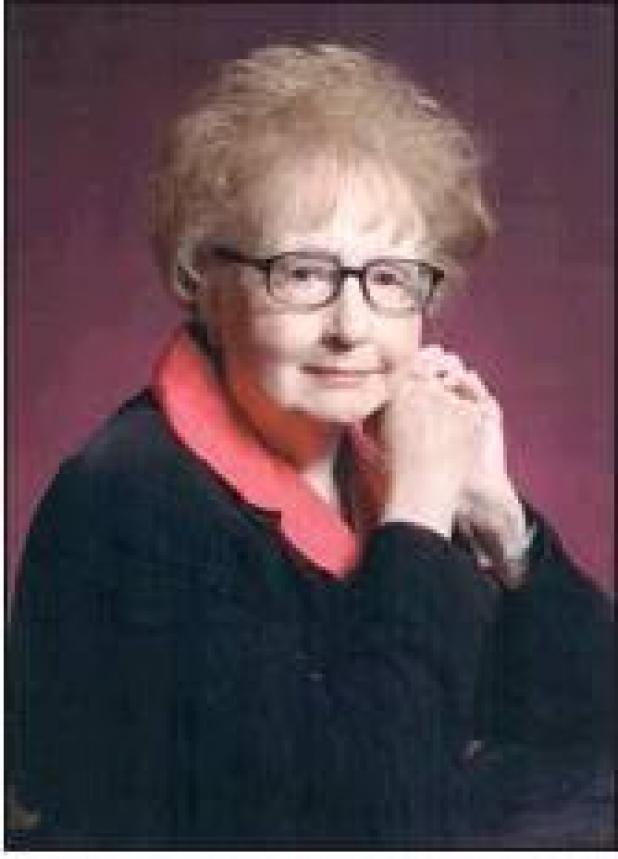 Services were held at 2:00 p.m., Monday, Aug. 5 at the First Baptist Church of Iowa Park, Texas. Burial was in Highland Cemetery. Arrangements were under the direction of Dutton Funeral Home in Iowa Park.

She was born Nov. 25, 1922, in Sulphur, a child of the Great Depression and the youngest of four children. She became a follower of Jesus as a young girl, sharing the faith with her family after attending a brush arbor revival meeting. She valued the lessons she learned during hard times on the farm and treasured for a lifetime the sacrifices made for the family by her mother. Mrs. Curry spent her early years traversing the picturesque Oklahoma hills with her brothers, sister and beloved cousins. During World War II, she traveled to San Francisco and worked as a telegraph operator.

She was a longtime resident of Iowa Park, moving to Waxahachie in May of this year to be nearer to family. She was a member of Faith Baptist Church of Iowa Park for many years before recently joining Central Presbyterian Church in Waxahachie, where her son, the Rev. Matt Curry, is pastor. She enjoyed being part of the Andrews Sunday School Class. She was an avid reader of the Bible, Sunday school teacher and taught Bible classes at the nursing home in Iowa Park for 10 years. She was a proud Democrat and welcomed a lively debate with family, friends or strangers on religion or political issues.

Mrs. Curry valued her independence and loved traveling. She enjoyed bus tour sightseeing trips across the United States with her sister and took a Hawaiian cruise with her daughter. She traveled the world while in her 80s and made two trips to Israel.

She was preceded in death by her husband, Les Curry, on July 22, 1988; and by her brothers, Acie and Grady Fox, and her sister, Mary Stephens.

Survivors include her daughter, Rebecca Roades, and son-in-law, Richard, of Bryan; a son, the Rev. Matt Curry, and daughter-in-law, Kerry of Waxahachie; six grandchildren; and 16 great-grandchildren.

The family suggests memorials be made to Faith Baptist Church of Iowa Park or Central Presbyterian Church of Waxahachie.