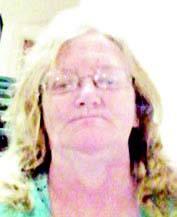 Wilma grew up in Dougherty, prior to moving to the Oklahoma City area. In 1976, she and her family returned to Dougherty where she attended Sulphur Public Schools. Wilma loved spending time with her family, especially her grandchildren and great nieces and nephews.

Services were “entrusted To” Hale’s Funeral Home of Davis.