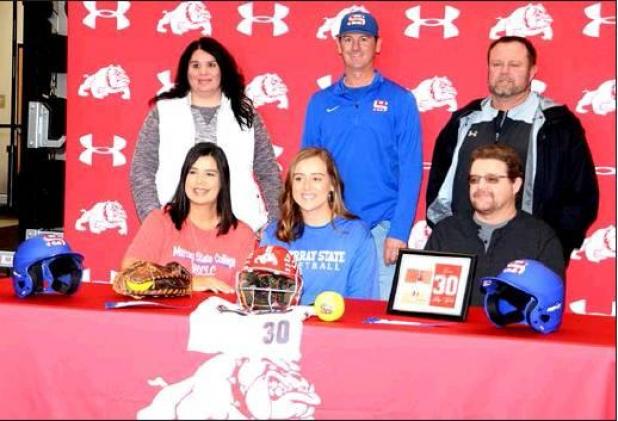 Abby Beck always wanted to play at the next level. And after Friday afternoon, she will get the chance. Beck signed with Murray State last week, one of four Sulphur Lady Dogs to ink their letters of intent to play collegiately. Beck was a key part of the Sulphur attack this fall, hitting .418 with six homers and nine RBIs. For her career, she hit .448 with 15 homers and 142 RBIs. She had 50 doubles and 12 triples. Beck hit over .400 each year and made just 15 errors from her 1st base position, including just one in her senior season. For her, she chose the close Murray State for several reasons. “I  just really love the environment, coaches and the team,” she said. “It felt like home as soon as I got there.”

She is unsure of what her future at Murray State looks like, but the first baseman is excited to get there and find out.

“I’m not sure what Murray has in store for me yet, but I’m excited to see what my future holds,” Beck said.