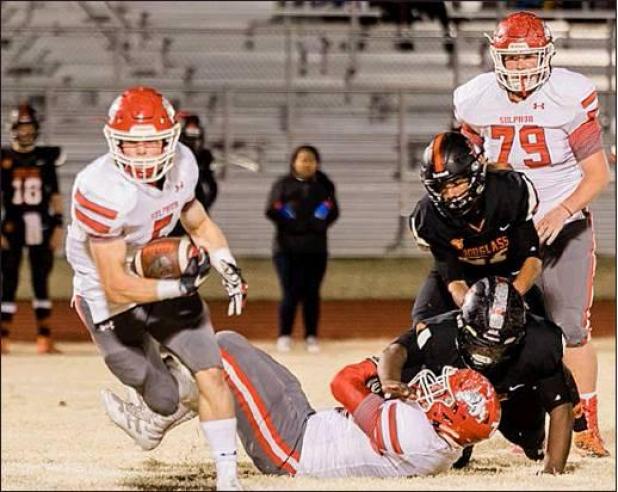 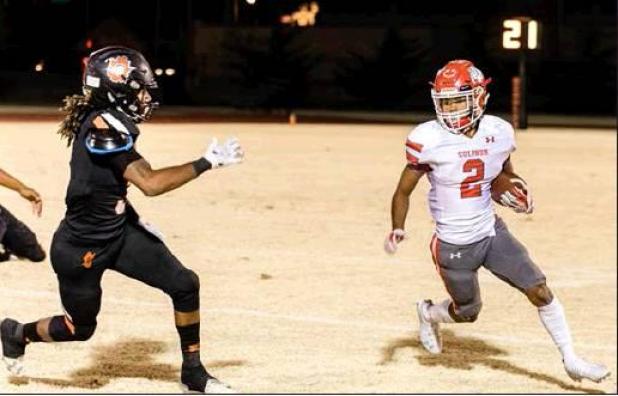 Tavius McDonald, right, races to the edge on a big gainer in the Dog’s win over Oklahoma City Douglass last Friday.

“I thought we played much better than the week before,” Sulphur head coach Jim Dixon said. “We had a good week of practice and were much more focused and we got better, which is what we are trying to do each week.”

Sulphur had 169 total yards in the first half and racked up 155 yards on just 14 rushes as a team.

Tavius McDonald had three carries for 71 yards and two scores, as well as a 77-yard punt return for a score just before the end of half.

“I thought Tavius played outstanding again,” Dixon said. “He ran the ball well and had a great punt return, in which he didn’t have much blocking but he didn’t need it.”