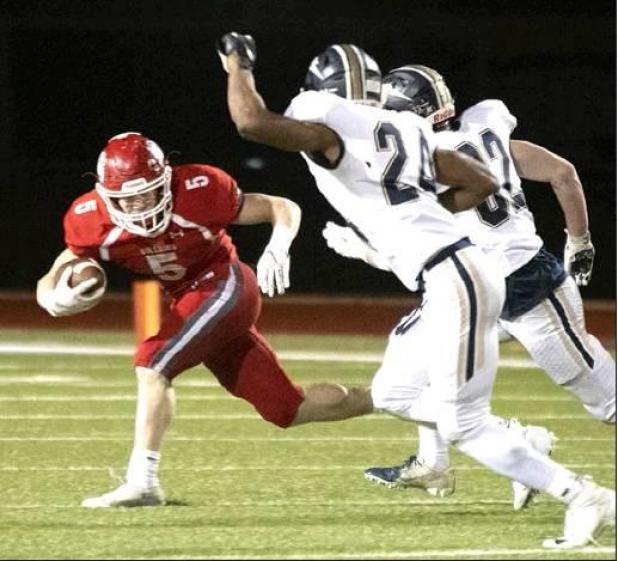 Sulphur junior running back, Logan Smith (5), shown here in last year’s title game against Heritage Hall, will be called on this season as the Dogs get ready start the 2019 season.

Wed, 07/24/2019 - 5:00am
Lone Grove, Plainview, Marlow, Douglas And Pauls Valley Round Out Las Half Of Sulphur Schedule
Whitt Carter

Football season is right around the corner, as practice will start in less than three weeks and the season begins in a month and a half.

Sulphur is coming off an incredible season, finishing 12-2 and as the Class 3A State Runner-Up.

The Dogs have been to the semifinals and finals in the last two years and return a lot of talent, hoping to make another run deep into the playoffs.

In the coming weeks, we will have a bunch of preview coverage coming out. We will look at the schedule, both sides of the ball and more.

Up first is the schedule preview, as we take a look at the Dogs first five games of the regular season.

One thing different about this season is the later start. In the last five or so years, Sulphur has taken part in zero week, which allows teams to start the regular season a week early and have a bye week later in the year, around fall break.