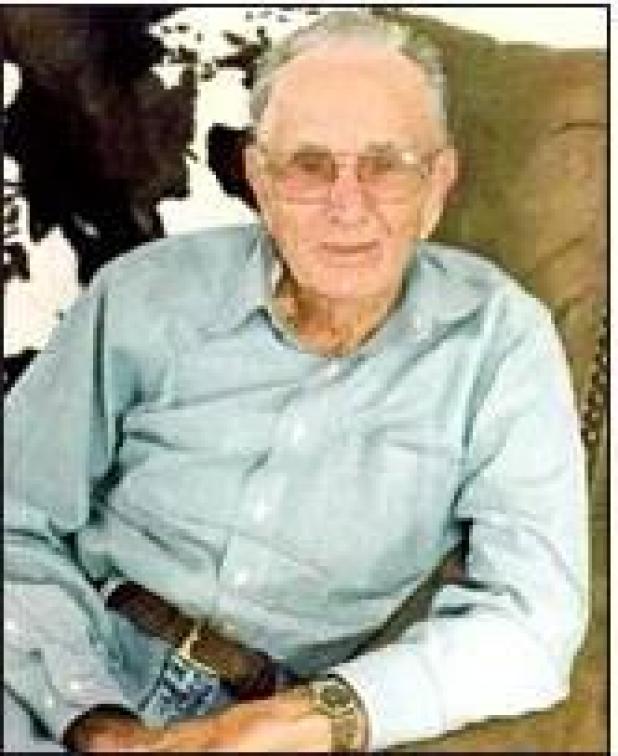 Services for Bobby Don “Bob” Seward, of Sulphur, were held at 10:00 a.m., Tuesday, Jan. 14, 2020 at First Free Will Baptist Church officiated by Rev. Richard Terry. Burial was at Oaklawn Cemetery under the direction of DeArman Funeral Home of Sulphur.

Bob had lived in the Sulphur area most of his life, graduating from Sulphur High School. After high school, he entered the U.S. Air Force in 1943 where he flew a total of 32 missions over Germany during WWII. After his military service, Bob and Helen L. Goodman were married in Oklahoma City, on April 11, 1946. Bob then worked as a butcher at Jack’s Foods in Sulphur and later worked as a highway inspector for the State of Oklahoma Public Transportation Department until his retirement. Bob was a member of the First Free Will Baptist Church where he served as deacon and superintendent of Sunday School for 56 years. He was a very quiet man, but will be remembered by his friends and church family by his Sunday School morning hugs. Bob was a man of many talents and could fix anything.

He was preceded in death by his wife, Helen Seward; his parents; four brothers, Ted, Jack, Fred, and Joe Seward and two sisters, Pauline Curry and Johnnie Baker.

He is survived by his two daughters and sons-in-law, Donna and Gary Mobly and Gail and Wayland Todd, all of Sulphur; grandchildren and spouses, Chad Mobly, Shannon and Joey Muck, Toby and Cassie Todd, Kerri and Clete Cole, Chase and Tessa Todd; great-grandchildren, MaKella, Mace, and Maddax Mobly, Dawson, Delanie, and Destrie Muck, T.J. and Trace Todd, Carlee, Colten, Cooper, and Coby Cole, and Tenlee, Channing, and Trae Todd; and one sister, Mildred Baggett, of Wichita Falls, TX.