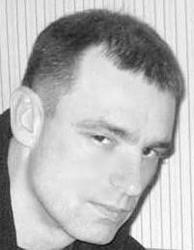 Bret Duane Smith, 45, Davis resident, passed away, Thursday, August 30, 2018 in Seminole County, Oklahoma. Bret was born on September 15, 1972 in Seminole, Oklahoma to Lonnie Darryl Smith of Seminole and Glenda (Kean) Roland of Davis. Bret grew up in Seminole, Oklahoma and attended Seminole and Pleasant Grove School. At the time of his death he lived in Davis, Oklahoma and worked at Kerr Pumps in Sulphur. Bret had intense passion for life and a knack for bringing people together. He loved family gatherings, adventures and friends. More than anything he loved and adored his nieces and nephews, and they undeniably loved him.—His world revolved around them. He enjoyed fishing and OU football. He wholeheartedly believed in God and those who knew him would say “He had a heart of gold” and indisputably had a “Zest for Life.” He will be truly missed by everyone he touched. Bret is survived by his parents; Lonnie Darryl Smith and his wife Linda of Seminole, Oklahoma, his mother Glenda Roland of Davis, Oklahoma. He is also survived by three sisters, Marsha Cox and husband Mark of Texas, Pamela Soliday and husband David of Davis, Oklahoma, Debbie Davidson and husband Roger of Stillwater, Oklahoma. Bret is also survived by one brother, Marty Smith of Seminole. Other survivors include his nieces and nephews, Jeff Hughes, Danny Bryant, Stacie Bryant and Krista Bryant. Also included are Curtis Smith, Hayley Smith, and Matthew Smith. He is also survived by Derek Blackwood, Dustin Blackwood, Cody Yerby and Garrett Davidson. He is also survived by a host of other family members and dear friends. Bret was preceded in death by his paternal grandparents, Ben and Helen Smith of Seminole and maternal grandparents, Albert Forest and Cora Kean of Seminole. A memorial service will be held at 2:00 p.m. on Thursday, September 6, 2018 at the Little Cemetery Chapel in Little, Oklahoma with Pastor Cary Girth with officiating the service The family acknowledges its gratitude to the OK Cremation and Funeral Home in Oklahoma City.