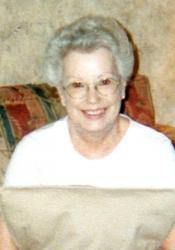 Graveside services for Carolyn Ingram, 77, Sulphur, were held at 2:00 p.m. Thursday, Dec. 21, at Oaklawn Cemetery with Rev. James Swain officiating. Burial followed at Oaklawn Cemetery under the direction of DeArman Funeral Home of Sulphur. Born January 5, 1940 in Sulphur to James Howard and Verna Mae (Drake) Pratt, Carolyn passed away Tuesday. Dec. 19, in Davis at the age of 77 years, 11 months and 14 days. She married to Paul Leonard Ingram in Sulphur on September 24, 1955. He preceded her in death December 23, 2013. She had lived in this area all of her life and graduated from Sulphur High School. She had worked as the cafeteria supervisor at Sulphur Public Schools until her retirement. After her retirement, Carolyn worked as a recreational director at the Sulphur Veterans Center. She was a member of Calvary Baptist Church. In addition to her husband, she was preceded in death by her parents; a brother, James Audie Pratt; sister, Jan Young and grandparents, Elmer and Beulah Hobbs. She is survived by her son, Dennis Lee Ingram, Sulphur; daughter- in-law, Mary Jo Palmer, of Sulphur; grandson and wife, Blane Ingram and Ellen; two great grandchildren, Lyric Ingram and Cooper Ingram; nieces, Kim O’Brien and Kathy Jones; sister-in-law, Sandra Pratt; step-grandson, Richard Norton and nephews Sean and Curt Pratt; great nephews, Bryson and Kendall Lance. Online condolences may be sent to www.dearmanfuneralhome.com