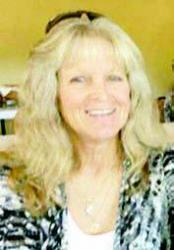 Memorial services for Deborah Darlene Rovenstine of Norman, will be held at 10:00 a.m., Friday, Dec. 23, at Crossway First Baptist Church Chapel officiated by Curtis Compton. Arrangements will be under the direction of DeArman Funeral Home of Sulphur. Deborah Darlene Rovenstine, was born July 20, 1958 in Paso Robles, Calif. to Bert Lewis and Glenna (Rowlett) Rovenstine. She passed away Friday, Dec.16, 2016 in Sulphur at the age of 58 years, four months and 26 days. She grew up in California, where she graduated from High School in Paso Robles. Deborah lived in Oklahoma for several years. She moved back to California for a short time before returning to this area in 2013. She worked for Braums Dairy Store in Purcell for 30 years. She was preceded in death by her father and a grandson. She is survived by two sons, Donald Denny, Sulphur, Thomas Lee Keys, Seminole; her mother, Glenna Rovenstine, San Miguel, Calif.; three brothers, Bert Lewis Rovenstine, Jr., of Idaho, Martin Dale Rovenstine, California and Timothy Allan Rovenstine, both of California and 11 grandchildren. Online condolences may be sent to www.dearmanfuneralhome.com