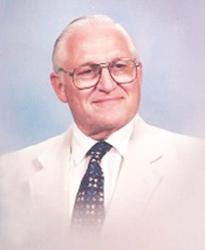 On Friday, November 24, Jack McKinley Stephenson, MD, husband of Betty Lou Stephenson, passed away at the age of 85. Jack was born on September 12, 1932 in Okemah Oklahoma to the late Lorena and McKinley Jackson Stephenson. He graduated from Oklahoma State University with a BS in Chemistry, in 1955 and completed his medical degree at Oklahoma University School of Medicine, with an internship and residency at St Anthony Hospital, in Oklahoma City. He had additional residency in Pathology at University of Oklahoma Medical Center and the Armed Forces Institute of Pathology, in Washington DC. After receiving his boards in pathology, he served as pathologist for the Public Health Service at the Marine Hospital in New Orleans, Louisiana. He later was an owner and director of the Medical Arts Laboratory in Oklahoma City, where he served as director of the laboratory until his retirement in 1995. Jack was a devout Christian and over the years he served as a deacon for North MacArthur church of Christ, Quail Springs church of Christ, and the 12 & Vinita church of Christ. He was also a strong supporter of Christian education and served on the Board of Trustees for Oklahoma Christian University from 1969 to 2003. In 2004 he was honored as a Life Trustee for the University. It was a joy for him to see all of his children attend and graduate from Oklahoma Christian University. He is survived by his wife of 63 years, Betty Lou, two daughters, Cindy & husband Dr. John Wilson and Linda Moon & husband Randy; one son, J. Stephenson III & wife Leslie; 5 grandchildren, Aaron Niles, Joshua Moon, Marissa Wright & husband Cody, Jackson Stephenson IV and James Stephenson; as well as two sisters, Carolyn Haley & husband Don and Mary Jo Schoepflin. A celebration of Jack’s life was held Monday, November 27, at 11am at the Vinita Avenue Church of Christ in Sulphur with Brother Danny Stewart officiating. Interment followed at the Highland Cemetery in Okemah, OK. Online condolences may be offered at halesfuneralhomes.com. Services were entrusted to Hale’s Funeral Home of Sulphur.