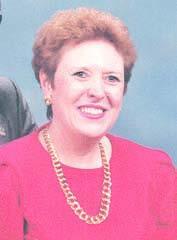 Services Martha June Baker of Sulphur were held at 10:00 a.m., Tuesday, Dec. 13, at Crossway Baptist Church officiated by Rev. Bill Leveridge. Burial was at Oaklawn Cemetery under the direction of DeArman Funeral Home. Born March 23, 1936 in Muskogee to Roy R. and Virginia June (Edwards) Redman, she passed away Friday, Dec. 9, in Sulphur, at the age of 80 years, eight months and 16 days. Martha married Robert L. Baker in Tulsa on August 14, 1976. He preceded her in death June 1, 2005. Martha grew up in the Muskogee and Tulsa area, where she graduated from High School in Tulsa. She lived in Edmond before moving to Sulphur in 1994. Martha received a Degree in Education from OCU. She taught kindergarten in the Oklahoma City School System from 1960 until 1989 when she retired. She was a member of Crossway Baptist Church. In addition to her husband, her parents preceded her in death. She is survived by one daughter, Susan C. Baker of Hoboken, N.J.; one brother, Bob Redman, Oklahoma City; one nephew and wife, Keith John & Donna; one niece and husband, Cheryl Caldwell and Larry; two great nieces, Erin Caldwell and Ashley Dorsey and husband, James and their three children, Joe, Halle and Ben. Pallbearers were Keith John, Mitch Hull, Larry Hobbs, Allen “Butch” Hill, Ray Halsell and Kent Cornell. Online condolences may be sent to www.dearmanfuneralhome.com