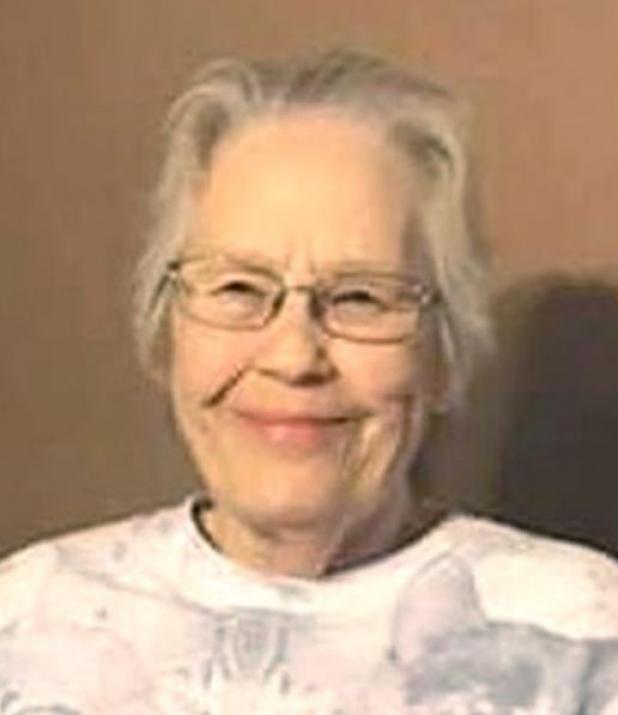 Graveside services for Mennie Bernice (Griffith) Hector-Pettitt were held at 2:00 p.m., Friday, Sept. 11, 2020 at the Oaklawn Cemetery in Sulphur, with Neal Hector officiating.

Mennie grew up in Prague, where she attended high school. She later continued her education and became a Licensed Pratical Nurse. She spent many years working in nursing at the Arbuckle Memorial Hospital as well as the Sulphur Veteran’s Center. In addition to nursing, Mennie spent several years working at the Sulphur Nutrition Center as a cook.

Mennie enjoyed vacationing, reading, watching TV and trying her luck at local casinos with her sister Rachel. In earlier years she enjoyed dancing and even tried her hand a square dancing. Mennie, although she could not carry a tune, liked to sing. She enjoyed visiting with Sara on the phone quite often. When Sara would answer the phone, Mennie would always say “Sissy, this is Mama”, as if Sara would not know who was calling. Quoting her own words, which she used often to end phone conversations family and friends, seems very fitting for her loved ones to say to her now in death, “see you on the flip side.”

Survivors include her daughter, Sara (Hector) Cottrell and husband, Michael, of Sulphur; nephews, Mark Hector and wife, Terry and Mike Hector and wife, Tiffany, of Sulphur; niece, Tammy Burgess and husband, Smokey, of Texas; great-nephews, Michael Alan, Dustin and Clay; great-nieces, Mardy and Paige; great-great nephew, Ozzy; step-grandson, Clayton Cottrell and wife, Layne; as well as numerous other nieces and nephews. She also leaves to cherish her memories several special friends including Donna, Paula, Pete and Melanie. When visiting Pete and Melanie’s home, Mennie always looked forward to Pete personally walking her to the door as she was leaving.

In addition to her parents and husbands, Mennie was preceded in death by her siblings; as well as one great-nephew, Zac Hector.

Services were entrusted to Hale’s Funeral Home of Sulphur.