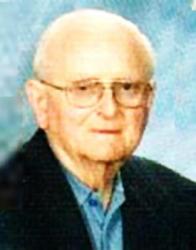 Robert H. “Bob” Seip, 89, of Pittsburgh, Pa., passed away on Sunday, April 16, 2017. A memorial service to celebrate his life was held on April 26 at the Mount Lebanon United Methodist Church in Pittsburgh, PA, with Rev. Thomas Q. Strandburg officiating. Arrangements were under the direction of Laughlin Funeral Home. Bob was born in Franklin, New Jersey, on February 19, 1928, to the late Robert H. and Muriel Seip. He graduated from Franklin High School, attended Rensselaer Polytechnic Institute, and received a Bachelor’s Degree in Mining Geology from the Missouri School of Mines and Metallurgy at Rolla in 1951. Returning to the East Coast after graduation to work for the New Jersey Zinc Company in Center Valley, Pa., he met and married Ruth B. Seip in 1955. In 1962, he began work as an Assistant to the Plant Manager for Pennsylvania Glass Sand (PGS) Corp. in Huntingdon, Pa., and in 1969 was transferred to Oklahoma as Plant Manager of the Mill Creek sand mining operation. During the course of his career with PGS, his responsibilities expanded to include management of a second plant in Mill Creek as well as oversight of additional PGS operations in south Texas. Following his retirement, Bob continued to work as a consultant for PGS (now U.S. Silica). Bob was a member of the Sulphur United Methodist Church and enjoyed many years singing in the church choir. Bob also valued being a member of the Sulphur Rotary International Club, serving a year as President. Bob is survived by his wife of 61 years, Ruth; daughters Rebecca and Kathleen Seip, of Pittsburgh; son Robert H. Seip, daughter-in-law Elizabeth Seip, and grandson, Robert B. Seip, of Somerville, N.J.; two sisters, Patricia Lein of Seattle, Wash., and Judy Gorczyca of Lehighton, Pa.; and many nieces and nephews. In 2001, Bob and Ruth moved to Pittsburgh, but they maintained ties to their many friends in the Sulphur community, as well as taking with them over 30 years of very happy memories of living and raising their family in Sulphur.