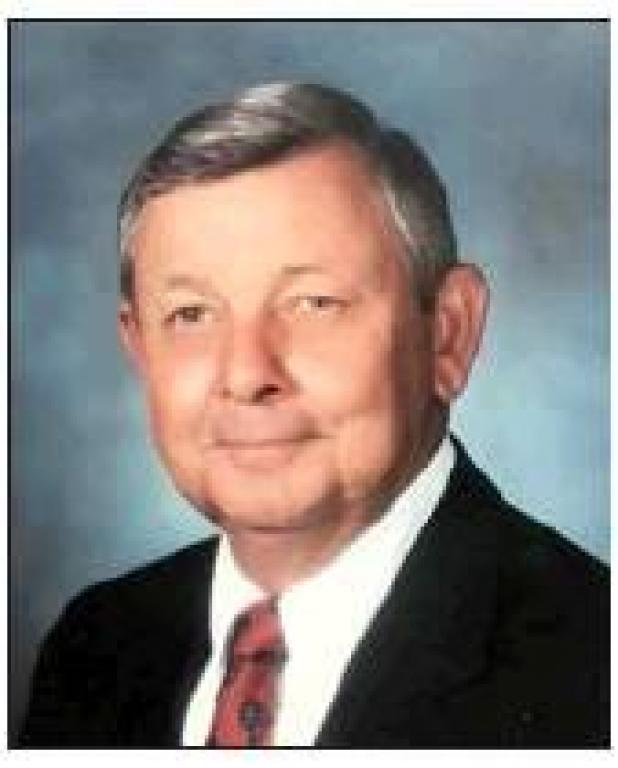 Services for Tom Lee Drake will be held 10:00 a.m., Thursday, April 11, 2019 at the First Baptist Church of Davis with Reverend Chuck Nordean officiating.

Tom was born June 12, 1941 in Oklahoma City, Oklahoma to the late W.H. and Clifford (Walkup) Drake. He died Friday, April 5, 2019 at his home in Davis, surrounded by his family. While in high school, Tom met Judi Morton of Sulphur. After dating for five years, he and Judi married on July 14, 1962 and were married for over 55 years. She preceded him in death on October 13, 2017.

Tom grew up in Davis, graduating from Davis High School in 1959. He was a proud member of the Davis community his entire life. He served the city as Mayor from 1966-1968 and was a past member of the Davis Volunteer Fire Department. He won a Perfect Attendance award for attending the DHS Alumni Banquet 50 consecutive years, and was inducted into the Davis Alumni Hall of Fame in 1999. Tom was the Founder of the infamous Davis Alumni Golf Tournament, raising money for the school. He loved not only his school and city, but his county as well, serving on the Murray County Emergency Medical Services Board.

The cattle business was truly his life. He and his brother, Bob, founded Drake Farms in 1966. He served on boards at the county, state and national level. He was a charter member of the National Cattleman’s Association in 1977, as well as on the Board of Directors from 1986-1990. Tom served as President of the Oklahoma Angus Association three times, 1983, 1994 and 1995. He was awarded the Mr. Angus Award in 1988 and was inducted into the Oklahoma Angus Hall of Fame 2000-2001. Through the American Angus Association, Tom was awarded the Historic Angus Herd Award in 1983. He served the Association as Director from 1989-1995 and served as American Angus President in 1991. Tom was also awarded the Oklahoma State University Animal Science Master Breeder Award in 1988. Near the end of his cattleman’s career, he served on the Oklahoma State Board of Agriculture from 2000-2005. When Drake Farms sold in 2002, Tom continued to consult with Angus Cattle Herds throughout the country.

Tom loved golf and spent many an afternoon and weekend on the course with his buddies. And while he loved the cattle business and golf, his greatest joy came from his family. He loved getting to know his girls in their adulthood and loving their families.

In lieu of flowers, the family request that memorials be made to Cross Timbers Hospice of Davis or the First United Methodist Church of Davis Building Fund.