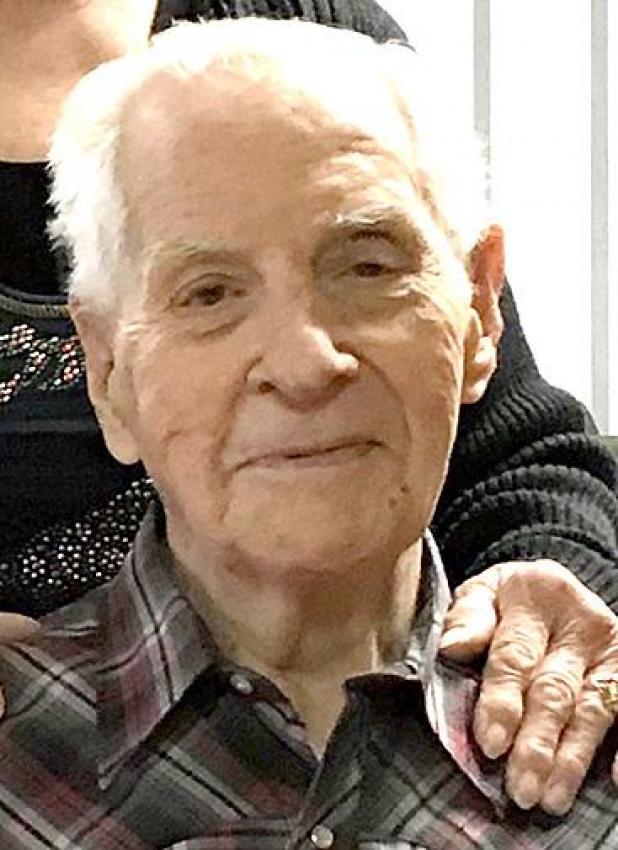 William E. Gibson, Jr. of Sulphur was born to the late William E. and Nellie (Barnett) Gibson on December 10, 1917 in Wynnewood, the youngest of four brothers and one sister. Known as “Jr” to his family and “Bill” to everyone else, he passed away on Friday, September 21, 2018, at the age of 100 years, 9 months and 11 days. Bill attended school in Wynnewood and Joy, graduating from Wynnewood High School. Living on the Red Gate Ranch, he realized that farming was hard work and not much fun, so he joined the U.S. Navy and was assigned to the USS Saratoga during WWII. The Saratoga was torpedoed on the first trip out of Pearl Harbor. After serving his country, he made his residence in Los Angeles and worked in upscale men’s clothing stores prior to moving to Santa Ana and then to Orange. He worked at the Mooney Ardrews Men’s Clothing for many years. The Reverend Billly Graham was a good friend of Mr. Mooney and Bill fitted Mr. Graham with many suits. Bill returned to Wynnewood after retiring and later moved to Sulphur where he and his friend, Jim Shay, owned Memory Lane Antiques until 2000. Bill lived life his own way. He had a terrific sense of humor, told funny stories and had a wonderful singing voice. He wrote many poems while in the Navy and continued writing one for his birthday each year. His last poem began with “I don’t know why I’m still around when all my folks are underground. In spite of all those many tears I made it through 100 years.” In addition to his parents, Bill was preceded in death by three brothers, Earl, Howard and Gene “BB” Gibson; one sister, Jerry Ruth Able; nephews, Bobbie Gibson, Jerry Able and Logan “Sonny” Able; his friend, Jim Shay; as well as his beloved cat, Smokey. Survivors include a nephew, Earl Gibson of Pauls Valley; three neices, Peggy Soileau of Wynnewood, Annie Bumgarner and husband, Bob of Duncan and Barbara Welch of Dallas; three more generations of nieces and nephews; as well as many friends including special friends, Jeannie and Randy Fehr of Sulphur. A memorial service will be held at a later date. On line condolences may be offered at halesfuneralhomes.com. Services were entrusted to HALE’S FUNERAL HOME, DAVIS