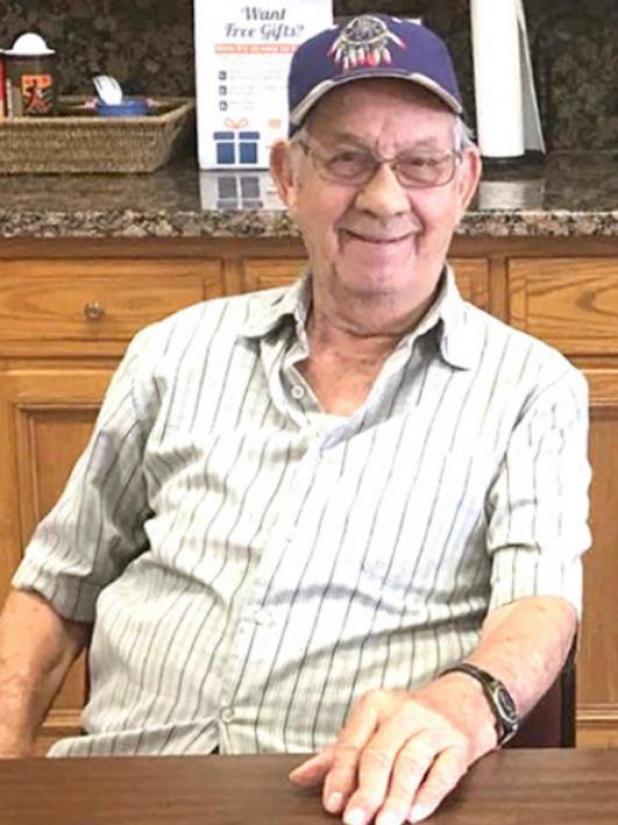 Services for Willis Fulsom Vandagriff, 91, of Sulphur, will be held at 11:00 a.m., Monday, Feb. 22, 2021 at DeArman’s Funeral Chapel officiated by Rev Dwain Duck. Burial will follow at Oaklawn Cemetery under the direction of DeArman Funeral Home.

He went to be with Jesus and the love of his life on Valentine’s Day, February 14, 2021 at the age of 91 years, 7 months and 13 days, after contracting Covid-19 in the Artesian Nursing Home.

He married Betty Lou Burgett Corley on March 8, 1948, in Van Buren, Arkansas. They made their home in Spiro, before moving to Sulphur in 1955.

He will be remembered for his love of refurbishing antiques, which includes old clocks, old farm tractors, and old cars. Displaying is Choctaw heritage was also an especially important part of his life.

He laid carpet in many houses in Murray County and surrounding areas. He also owned the Mobil Gas station at West 1st and Wynnewood Street in Sulphur.

He was a faithful member of the First Assembly God Church where he raised his family and served for approximately 60 years.

Preceding him in death were his wife, Betty Lou; his parents; a granddaughter, Rachel Beth Trammel and a brother, Charles Edward Vandegriff.

He is survived by sons, E.P. Keith Vandagriff (friend Rebecca) of Noble, OK and Larry W. Vandagriff and Beverly, of Sulphur; daughters, M. Annette Trammel and David, of Piedmont, Sharon E. Bargman, of Cashion, Teresa D. Jones and Bob, of Marysville, MO; step-brother, Robert Broom, of Shreveport, LA; grandchildren, Bradley W. Vandagriff and Silvia, of Sulphur and Sabrina A. Duck and Aaron, all of Sulphur, Rocky A. Jackson and Michelle, Keisha D. Sullins and Jason, all of Cashion, Louanne Trammel, of Piedmont, Hogan Wyatt and Range Austin, of Cashion, Bronson T. Williams (Brooke) and Cameron G. Williams and LeeAnna, all of Marysville, MO and several great grandchildren.

Online condolences may be sent to www.dearmanfuneralhome. comn