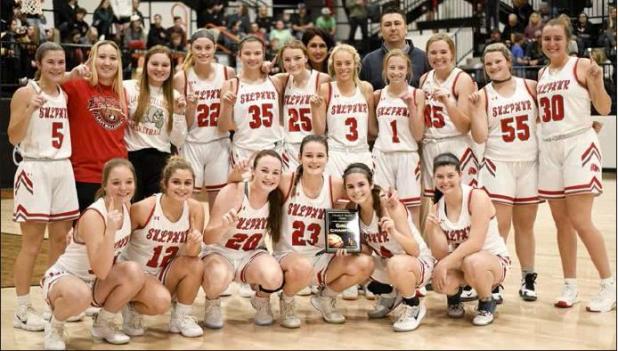 The Lady Bulldogs stormed through the Charles K. Heatley Classic field almost untouched as they won their second tournament of the season to remain unbeaten. Above, the team shows off their championship plaque. 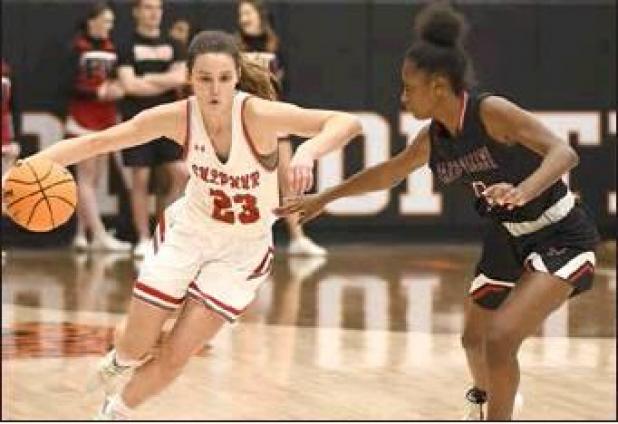 Lady Bulldog Korie Allensworth drives to the basket in the girl’s win over Pauls Valley in the tournament at Lindsay last week.. 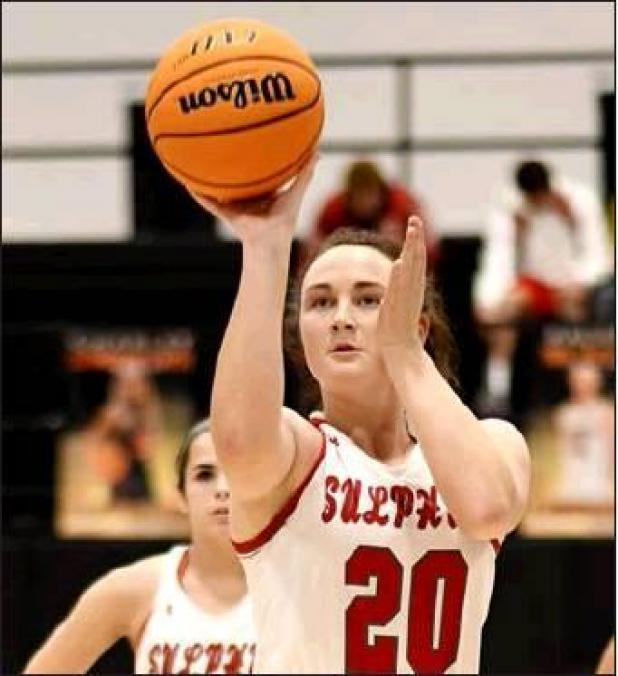 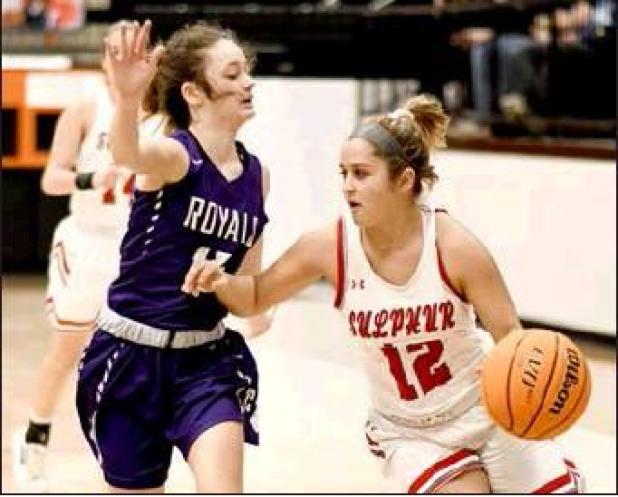 Lady Bulldog guard Kinlee Duck drives around a defender in a preliminary game at the Charles K. Heatley Classic in Lindsay last week. 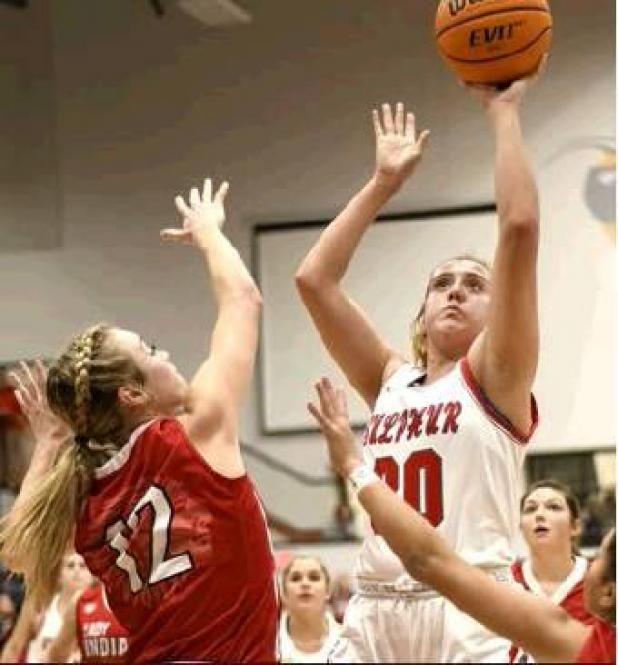 Girls Storm To Title In Lindsay

It was more of the same for the No. 13 and undefeated Sulphur Lady Bulldogs last weekend, as they rolled to three wins and a championship at the Charles K. Heatly Classic in Lindsay. Sulphur (10-0) beat up on first-round opponent Community Christian Schools 65-29, won over Pauls Valley in the semifinals 43-28 and then beat Class 3A No. 8 Comanche 58-44 in the finals. These three wins come just a week after beating Class 3A No. 17 Lone Grove on the road 54-27. All in all, another great week for Lady Dogs hoops, racking up four wins as they head into the meat of the season. “The girls played extremely hard and well this week,” Sulphur head coach Toby Todd said. “I am very proud of all of them.” “It was a great tournament for us and a great win over a good Lone Grove team.” On championship Saturday, Todd’s grandfather Bob Seward passed away. On a tough day for the longtime head coach, his girls were there to pick him up. “Saturday was a tough day with the loss of my grandpa Bob Seward,” Todd said. “My team is full of wonderful girls and I want to thank all of them for their efforts and acts of kindness during a tough time.” The Lady Dogs finally hosted a home game on Tuesday against Tishomingo, their first of the season. They’ll get a chance to get a second win in a week’s time on Friday when No. 11 Comanche comes to town for a huge matchup. Tipoff is at 6:30 p.m. Sulphur is at Dickson next Tuesday and then at the Heart of Oklahoma Tournament in Purcell January 23-25.

The Lady Dogs wasted no time, getting up big in the first quarter, leading 22-8 over the Longhorns. Sulphur stretched the lead to 32-15 at halftime and led 42-22 after three quarters. The Lady Dogs held Lone Grove to just 34% shooting from the floor and into 17 turnovers. Sulphur outscored Lone Grove 26-14 in the paint and had a 30-17 rebounding advantage. Korie Allensworth led the Lady Dogs with 20 points on 7-of-10 shooting. She also added six rebounds and was 4-of-5 from three. Kady Lynch had her best game of the year, thus far, as the senior scored 14 points, pulled down eight boards and had three assists. She was 6-of-7 from the field. Abby Beck added seven points and three rebounds in the win.